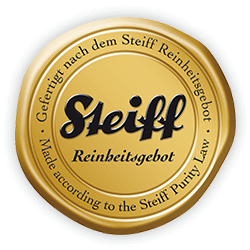 Steiff is widely recognised as the most collectible brand in the soft toy industry, creating the best, most beautiful and safest teddy bears and stuffed animals in the world. If you are seeking the best, then Steiff gives you just that!
We at The Bush Babies Collection, are proud to be an authorised Australian stockist of these exclusive toys. 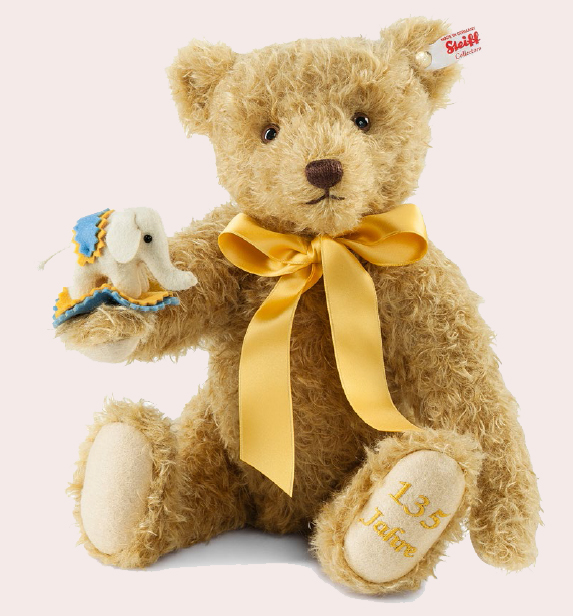 Why are Steiff toys so beautiful and so sought after?

People covet Steiff toys because of their meticulous detail and top quality materials. The company puts a great emphasis on its manufacturing philosophy, upholding their reputation for hand-made, high-quality production, devoid of hazardous substances.

Steiff is a German-based plush toy company, being the world’s premier manufacturer of high-end toys and collectibles. Indeed, Steiff is the only luxury toy brand in the marketplace today. Internationally renowned for its exceptional quality, Steiff still utilises traditional materials and proven manufacturing techniques to create its unique and highly prized products.

Since 1880, Steiff has been making plush toys and collectibles that set the world standard for quality. Made from only the finest materials — fabrics such as mohair, alpaca, cotton velvet, and woven fur — each Steiff animal is meticulously hand-sewn and hand-finished by the Steiff staff of talented artisans in Giengen, Germany.

The company is perhaps best-known for its bears. Steiff invented the Teddy Bear in 1902 when, simultaneously, one of the Steiff brothers saw dancing bears at a circus and decided to reproduce them, and Teddy Roosevelt in America refused to shoot a bear cub while hunting, so had a ‘teddy‘ bear named after him.

Margarete Steiff founded the firm in 1880, and more than 16,000 different designs for animals have been created since that date. Vintage Steiff pieces  regularly sell on the second-hand market for thousands of dollars.

Steiff toys last so long because they are extremely well-made and vigorously tested – surpassing all international toy safety standards. The Steiff company motto, as styled by Margarete Steiff, is “Only the best is good enough for children“. Steiff products are subject to meticulous testing and inspection. They are required to be highly flame resistant. Amongst other aspects, smaller pieces such as eyes must be able to resist considerable tension, wear and tear, etc.

Steiff animals are made from mohair, alpaca, cashmere, 100 percent cotton velvet, 100 percent wool felt, and valuable woven plush – a material usually reserved for the high class fashion industry. Eyes are generally made of wood or glass. Yhe stuffing is commonly wood shavings or polyester fibres. A large amount of the work is done by hand, from design sketches to airbrushed paint. The final touch on any Steiff toy is the trademark ‘Button in Ear‘.

Manufacturing today is still done by hand in the Steiff 103-year-old factory in Germany. Steiff products are often considered family heirlooms and are passed from generation to generation.

Vintage Steiff toys from the company’s earlier years have sold at auction for more than $100,000. Collectors treasure Steiff products for their artistry, beauty, and lasting value. Children love their friendly faces, cuddly fur, and realistic designs.

MARGARETE STEIFF
1847-1909
THOSE WHO BELIEVE IN THEMSELVES ARE FREE

The story of an extraordinary woman and a unique company 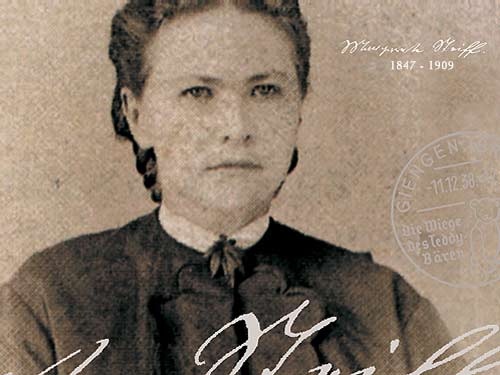 Her strength and creativity made it possible to achieve things that were otherwise impossible in those days of the mid-18th century. Her achievements and determination proved she was extraordinary, both as a woman and a person who was physically-challenged.

One thing led to another, and her invention of stuffed toys have since become an ageless passion for the young and those young-at-heart.

As an energetic young girl, Margarete Steiff fought for her place in life, against much resistance.
With a pin cushion in the shape of a small stuffed elephant, she wrote the first chapter of the unprecedented success story. Over 100 years later this is still continued today.
Thanks to the loving dedication and quality consciousness of all the employees, the story of Margarete Steiff and Steiff GmbH remain inseparable from each other.

Appolonia Margarete Steiff, was born in Giengen to parents Friedrich Steiff & Maria Margarete Hähnle. She was the third of four children. Her father was a master builder in Giengen, a town situated on the eastern side of the Swabian Alps in Germany.

Margarete contracted polio when she was eighteen months of age and the illness affected her for the rest of her life. Both of her feet suffered paralysis and she had restricted use of her right arm. Her parents were keen for her to live a full life and investigated many medical treatments, with little success. As a small child her sisters and other children moved her around in a little hand-pulled cart.

Despite her disabilities, Margarete regularly attended school throughout her childhood. It was in the needlework classes of Frau Schelling that she learnt her future profession, even though sewing without the full use of both hands surely presented difficulties. 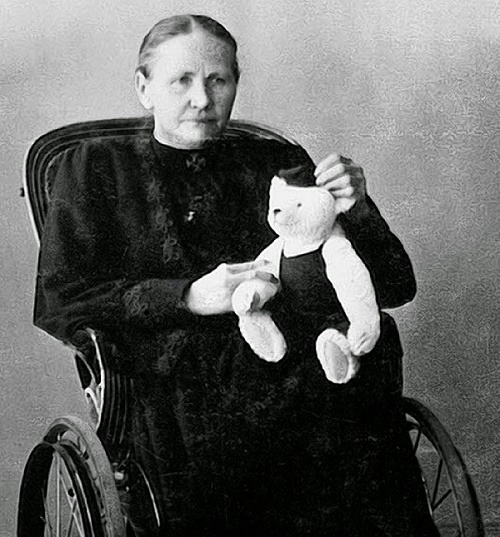 Known as Margarete throughout her life, she was a lively child before she became ill. During the 1800’s, being in a wheelchair would mean that the afflicted person could only look forward to a grim future. The consensus being that these people would never be able to take on the role of housewife, mother, or wage earner.

Margarete didn’t let this bother her. Her positive and cheerful nature made her very popular. She chose to be involved in childhood games, mostly outdoors regardless of the weather. Margarete attended school and a woman who lived nearby carried her up the steps. She greatly enjoyed school and proved to be above-average. Loving to play with other children whenever possible, she was a creative inventor of new games. Margarete had new ideas which made it possible for herself to take part, displaying one of her natural gifts. She had a unique way of telling people what had to be done, so that they wanted to do it. Margarete looked after young children while their mothers worked, which she enjoyed immensely.

Following an unsuccessful leg operation, Margarete went to a health resort in Wildbad. She greatly enjoyed this, maturing in mind and soul during her stay; but physically didn’t improve. She travelled between Ludwigsburg and Wildbad many times, finally returning to Giengen in the November of 1856. After catching up on her school work due to her absence, she also wanted to attend a sewing school. To prevent disappointment if unsuccessful, her father initially showed objection to this activity. But she asserted herself and proved her parents wrong. Sometimes taking more time to do the work and frequently asking for help, she became a perfect seamstress in a few short years. 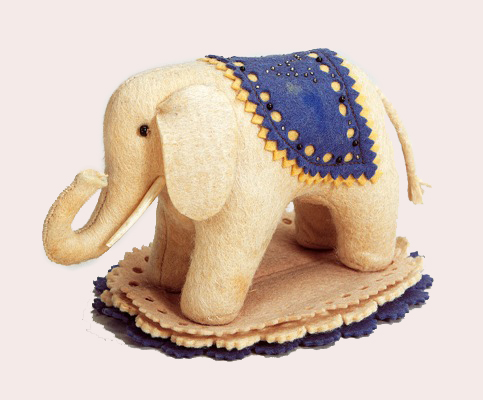 Margarete was always trying to overcome her limitations. She learned to play the zither and eventually played so well that she was able to teach others. She also spent time staying with other families whilst sewing dowry articles. At 17 she came to the realisation that she was never going to be healed, making her come to terms with her life.

Margarete’s father modified his house in 1874, converting a study on the 1st floor into a dressmaker’s workshop. Together with her sisters, she began to sew at home. The workshop became well known and the girls were the first in Giengen to buy their own sewing machine. Margarete was unable to turn the wheel with her right hand, so the machine was turned around for her. She used her left hand to drive and the right to guide the fabric.

The demand for dresses grew, although Margarete preferred sewing children’s clothes. After her sisters both married in the early 1870’s, she travelled and continued to work in her parents’ house. Then Adolf Glatz, a felt manufacturer who married into the family, inspired her to set up a felt business. Glatz helped financially for several years, during which time she made felt coats for children and ladies’ petticoats. As the sales figures increased, the workshop turned into a little factory. There was no feeling of boss and employee, as Margarete had an interested in all of her seamstresses.

Steiff was founded in 1880 by Margarete Steiff, who was later assisted by her brother Fritz. 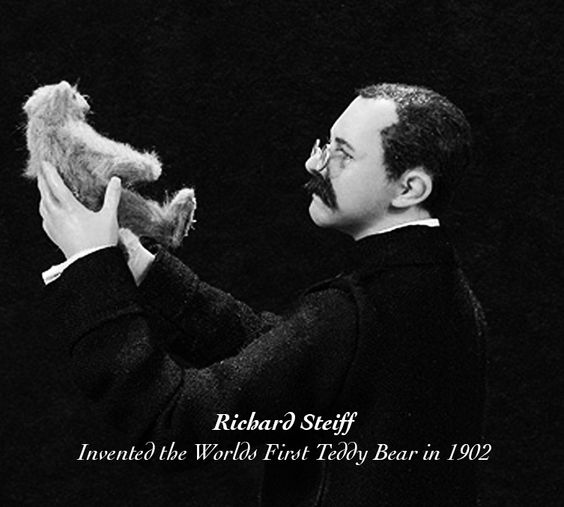 The toys began as elephants. Margarete Steiff originally found the  design in a magazine. She sold these as pincushions to her friends. However, children began playing with them. In the years following she went on to design many other animal-themed toys for children, such as dogs, cats and pigs. She designed and made most of the prototypes herself.

Steiff’s nephew Richard joined in 1897. He gave the company an enormous boost in popularity by creating the Teddy Bear in 1902. By 1907, Steiff manufactured 974,000 bears, and has been increasing its output ever since.

In 1904 Margarete’s nephew Franz devised the famed “Knopf im Ohr” (Button in Ear). This keeps counterfeits from being passed off as authentic Steiff toys. It is metal and originally had the symbol of an elephant. This was later replaced by the name Steiff. The button is still used to distinguish Steiff toys from fakes. Some special toys have both the elephant and the name. 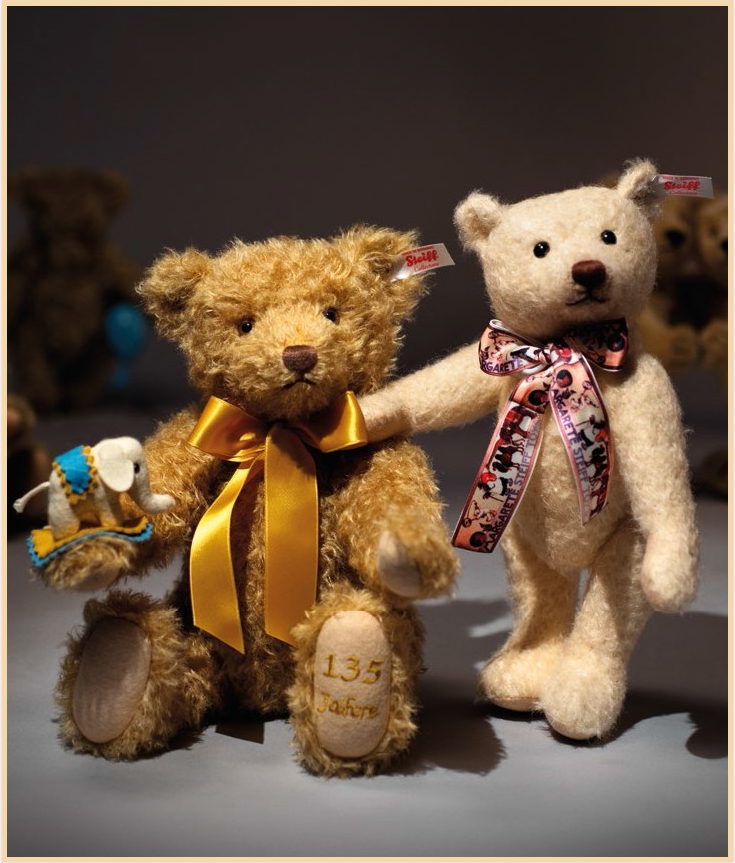 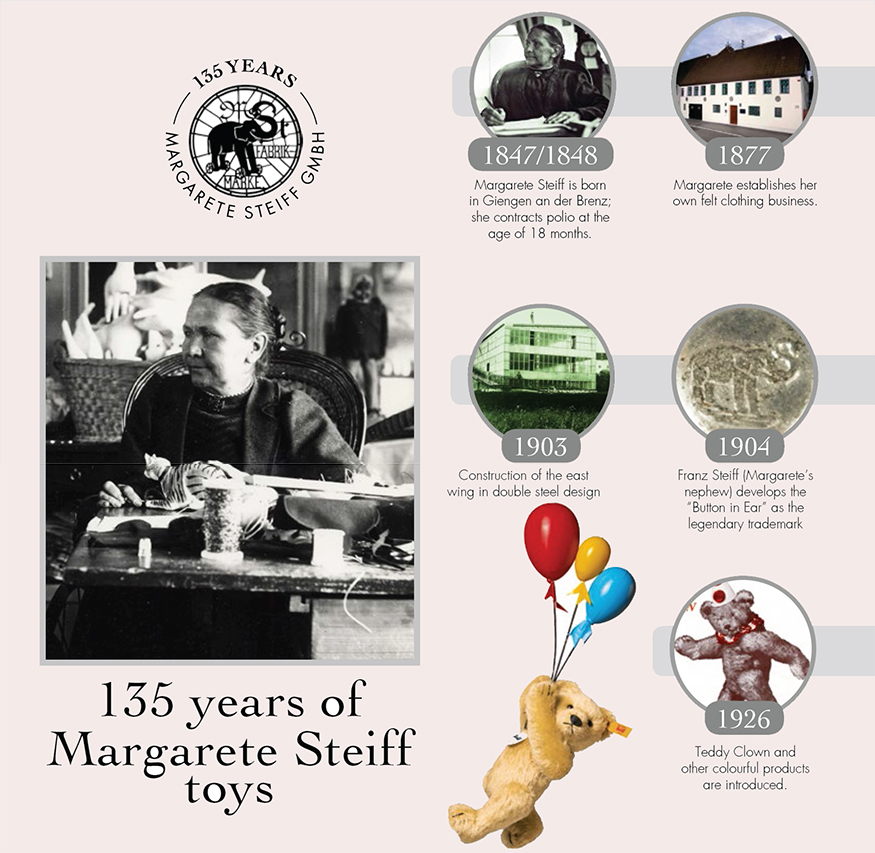 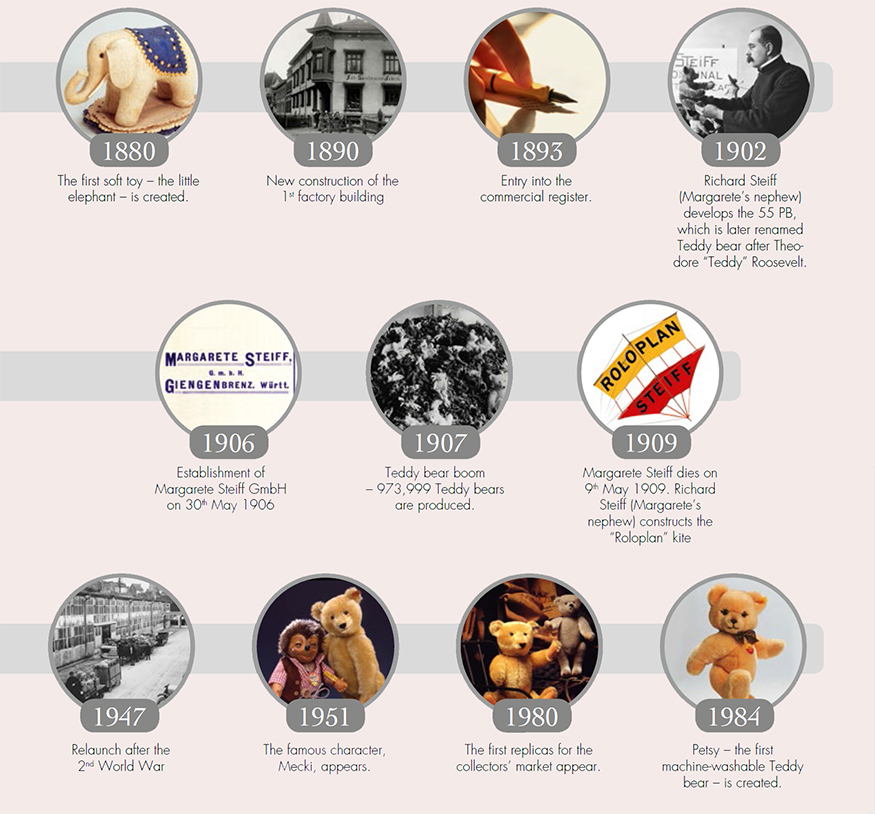 Steiff does not solely manufacture its products in Giengen in Germany. All of the exclusive items, collector editions, and Teddy Bears in particular, are always made in Germany. The company has long been manufacturing some of its other products through companies it owns in Portugal and Tunisia. Much of the company’s production is being shifted to Tunisia. This has created an additional 400 jobs.

In the country’s interior, where the Tunisia factory is located, Steiff can depend on the loyalty of its workers. This is because there are no other jobs that pay a comparable wage within a wide radius. Steiff has about 550 employees in Tunisia, 300 in Germany, about 100 in Portugal and 20 in the United States.

Steiff has also expanded beyond its roots as a teddy bear company. For some time now, the company has also been producing baby utensils and children’s clothing.  Steiff’s baby products are especially popular, including security blankets, toy watches, grip toys and romper suits.

If you have any queries, please fill in the details on the CONTACT Form and one of our team will respond as soon as possible.

Looking forward to assisting you .....
the team at The Bush Babies Collection 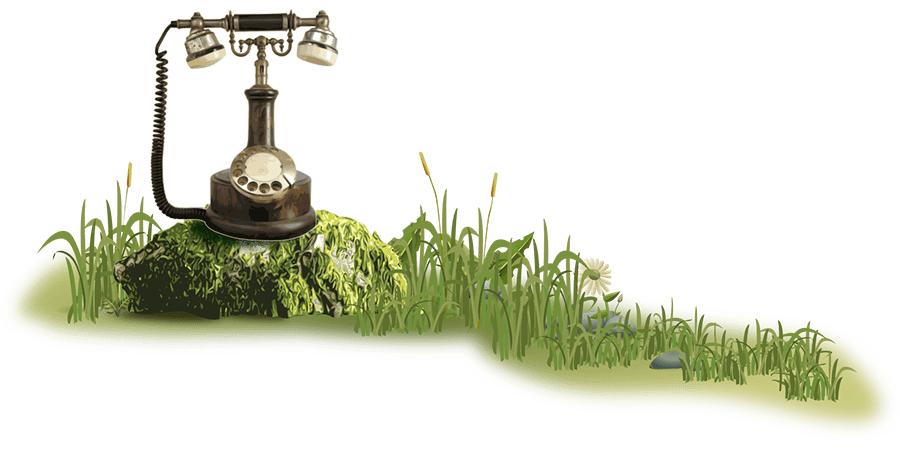 The Bush Babies Collection
----- a subsidiary of *Nature's Wonderland*